The Kingsway Music Library  is very proud to release an innovative new series called Kingsway Collaborations . The world renowned boutique sample library created and curated by Toronto-bred, L.A-based Grammy Award-nominated producer Frank Dukes – who was featured on the cover of Billboard and whose production and original samples have been used by many of the hip hop and pop world’s most successful talents including Drake, Rihanna, Kendrick Lamar, Taylor Swift, Kanye West, Lorde, Camila Cabello, Travis Scott, Future, Post Malone, and The Weeknd among others – continues on its mission to legitimize sampling in contemporary music production, while connecting forward-thinking musicians to create good affordable ready-to-go samples and music.

The first installment teams up Grammy-nominated producer David Bendeth, with two of the Library’s frequent contributors, CVRE and Brandon Leger. Bendeth, a renowned producer, mixer, songwriter, and plug-in creator, is one of those low-key, multi-platinum selling music icons, who since the release of his 1979 debut album Adrenalin – whose track “Feel The Real” quickly shot to #1 on the UK Dance Charts – has had an illustrious career in the music industry, and even produced the ELV1S: 30 No. 1 Hits greatest hits collection that’s sold 15 million plus units. As some of his early recordings were starting to get sampled by some of the hottest contemporary rap, R&B, and electronic music acts of today including Westside Gunn, Madlib, Kaytranada, Goldlink, Craig David, The Alchemist, and Bennie The Butcher, he was looking for a new creative outlet and wanted to collaborate with some producers who were pushing musical and artistic envelopes, and he found that in this unlikely duo.

After having produced and mixed some of the biggest rock albums and bands of the last quarter-century, including Paramore, Bring Me The Horizon, Breaking Benjamin, All Time Low,and I Prevail, Bendethfound kindred spirits in these two rising talents. CVRE is a Toronto-based producer, multi-instrumentalist, songwriter and sound designer whose sample compositions quickly garnered the attention of Frank Dukes. Two years and two volumes later, his work has been used in tracks by artists like Justin Bieber, Future/Juice WRLD, A Boogie wit da Hoodie, Don Toliver and PnB Rock. While Leger is an emerging producer and multi-instrumentalist whose broad musical palette and sound incorporates pianos, guitars, bass and many other tools into his pieces.

Like a scene straight out of a Hollywood movie, when Bendeth flew back to his original hometown of Toronto (he lives in New Jersey) to collaborate and work on new music with these young upstarts, it turned out that all three of them grew up in the same small area of Toronto (affectionately referred to as The Peanut) despite being generations apart in age and music interests. As a result of some good fate, they clicked instantly, and hunkered down inside Toronto’s Arthaus Studios for 10 straight days to create 17 pieces of original and innovative music which comprises this new Kingsway Collaborations series release. This multi-genre, multi-generational meeting of the minds and sounds came as a result of blending Bendeth’s traditional and classic recording approach with CVRE and Leger’s uber modern styles of sampling and music production. The result is a collection of organic, inspiring and progressive pieces of music, written and produced by one of the music industry’s most experienced and eclectic figures, teamed up with two burgeoning Toronto’s talents.

For more info and media requests 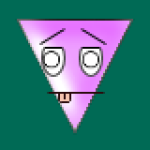